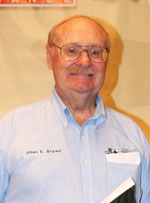 The latest edition of the National Speedway Directory is now available. Once again updating the information was a chore. We have to monitor about 1,600 tracks, but each year there are 200 tracks that setting idle that don’t make the book. The thing is, you have to keep tabs on them, because they could surprise you and come back to life at any time. Take for instance Montgomery Motor Speedway in Alabama. When it closed in 2006, everyone thought that was the end of that famous track, but it came back to life last year and seems to be doing well.

Stockton 99 Speedway in California. In fact the grandstands at Stockton were dismantled. The stands had to be reinstalled and the track reopened after setting idle for two summers.

Occasionally tracks go into limbo, and then resurface with a new surface. 441 Speedways was just such a track. It was a paved track when it closed in 2001. Last year the new owner converted it to dirt and all is well.

This year is no exception. Probably the most famous track that is supposed to come back to life is North Wilkesboro Speedway in North Carolina. The once NASCAR Grand National (aka Winston Cup) track closed in 1996. It is being revived and special events are scheduled for the end of this summer.

West Virginia Motor Speedway is another track that has set idle for three years. It has a very aggressive schedule set for 2010.

Unfortunately, we also have tracks that go by the wayside, some only go into hiatus, waiting for someone to come along and reopen them, others end up closed for good.

With some of them being torn down. Such a case of Birmingham International Raceway at the State Fairgrounds in Alabama. It was torn down in the spring of 2009 to make room for city project.

We have a major track that has thrown in the towel at the end of 2009. Memphis Motorsports Park, in Tennessee. The fate of that track is unknown at the present. The

wild thing is the dragstrip closed at the same time. A NHRA National event was being held at MMP each year. We also lost a few major short tracks. Manzanita Speedway in Arizona  ran a few races in the spring of 2009, before the property was sold for commercial development. State Fair Speedway in Nebraska ran it’s last race ever in 2009. The property supposedly will be used by the nearby University of Nebraska. State Fair Speedway in Oklahoma City is another victim of politics as an electric wire that was running over the grandstands has to be moved and buried. The cost was going to be $500,000, and was not feasible for the promoter or the fairgrounds. It sounds like the property will now be used for something else, which sounds like the politicians wanted in the first place.

So goes the ever ending saga of tracks coming and going. Sometimes getting the updated information is like pulling teeth, but you have to be persistent so that we can make sure the information listed in the Directory and the website are as accurate as possible.

If you have not ordered your 2010 National Speedway Directory, get one online today.